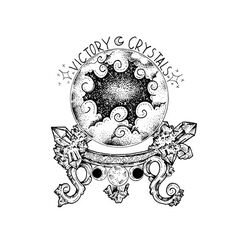 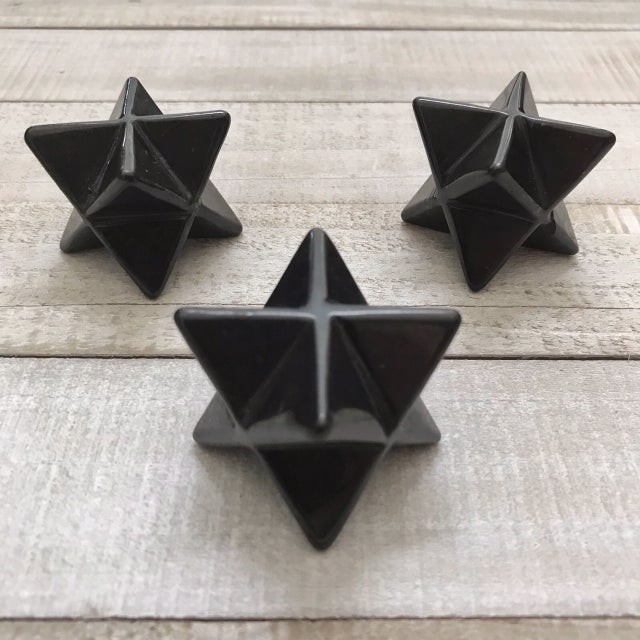 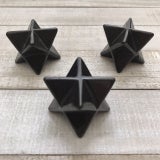 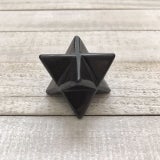 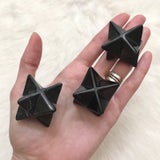 Shungite is an ancient mineral said to be around 2 billion years old. These high quality 8 point Shungite merkaba from Russia are perfect for cleansing, purification, use in crystal grids, and placed next to your computer, cellphone, or tv to absorb harmful EMF's. Merkaba's are also wonderful metaphysical tools to help visualize, focus and set intentions during meditation. To cleanse, place in direct sunlight for 1-2 hours once a week. Measures roughly 2". One will be thoughtfully chosen for you.

Mer-Ka-Ba is derived from three words: "Mer" is a special kind of light that was last understood in Egypt during the Eighteenth Dynasty: it is two counter-rotating fields of light spinning in the same space which are generated by certain breathing patterns. "Ka" refers to the individual spirit "Ba" is defined as the physical body or as one's interpretation of reality. So, the Mer-Ka-Ba is a counter-rotating field of light that affects spirit and body simultaneously.

Shungite is the only naturally occurring material to contain fullerenes. Fullerenes are composed entirely of carbon. The fullerenes in Shungite will cleanse water and then infuse it with a powerful healing vibration. The dedicated research by scientists on fullerenes won the 1996 Nobel Prize in chemistry due to its extraordinary properties. With its electric conductivity properties, this powerful stone can shield you from electromagnetic radiation given off by electrical equipment including mobile phones, computers, televisions, and microwaves. Numerous experiments and studies have been done on Shungite influencing health on the human body. Shungite has the ability to clean water from almost all organic compounds, including pesticides, metals, bacteria, and harmful microorganisms. Scientists came to the conclusion that Shungite water is non-toxic and has strong antibacterial ability. Place the stone in a glass of water for 24-48 hours, after that the water will be biologically active and ready for internal and external use. With its strong Earth energies it is the perfect stone for grounding your Root Chakra. Shungite is also used to bring Light into the auric energy field, allowing positive energy only to reach within that field. It is said to calm and relax anyone using or near it. This may be due to its protective energies and rejection of negative energy.

I sage cleanse and charge all of my crystals and infuse them with Reiki giving them renewed and positive energy. Please handle with love and care as these are natural gemstones and can break or crack if hit too hard or dropped.